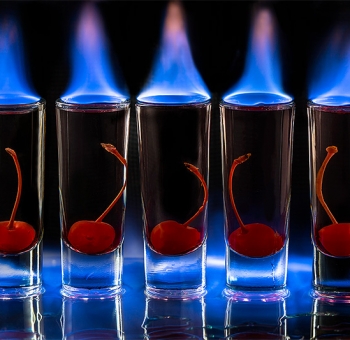 Flaming Drinks are all about showmanship. You need a lighter and a high alcohol content for this to work.

Most liqueur’s have too much sugar and a lower percentage of alcohol to burn. If it’s necessary to light one of these try adding some Over-proof Rum.

All alcohol burns a bright blue and is extremely hot, so make sure you extinguish the flame before drinking. Otherwise, it will burn all the way down, literally.

So sit back and enjoy these Flaming Drinks.

*But remember, the longer you leave it lit, the more alcohol is being burnt off and the weaker the drink becomes. 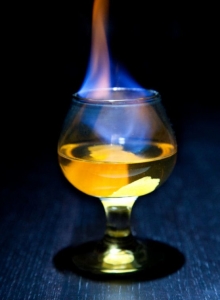 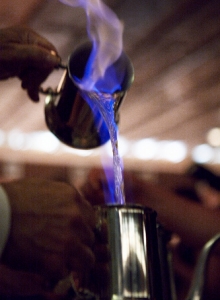 Added March 10, 2016
Make sure the flame is out before drinking! 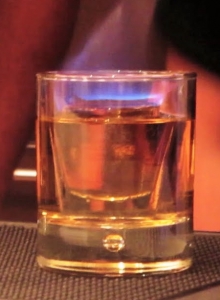 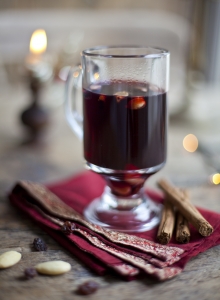 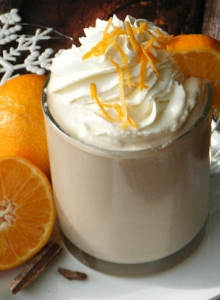 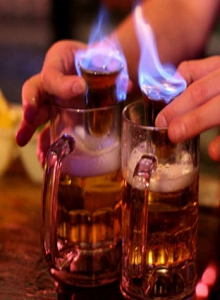