Local Beer Brewing Club: Are you an SOB?

I am part of a local beer brewing club, although I have to admit I have never attended an event but I probably should. Maybe I can do a video of the next event.

Anyway, they just ran a contest and I thought I would post the result here just for the other readers. This is from George Leet who is a beer brewing guru. Maybe I’ll do an video interview of his process if he doesn’t mind sometime for this website. Anyway enjoy:

The Amsterdam Nut Brown contest winners have been announced.

Jeremy’s prize includes the trophy, some great CRAP, and a “pass” for an entry to AHA first round. 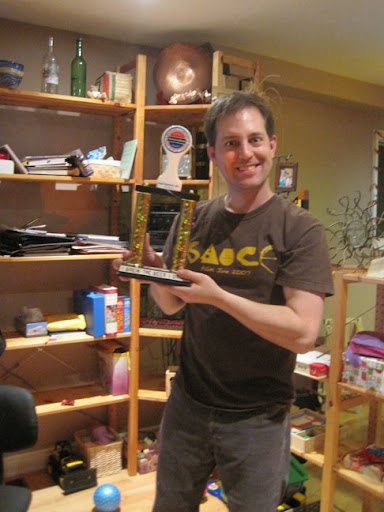 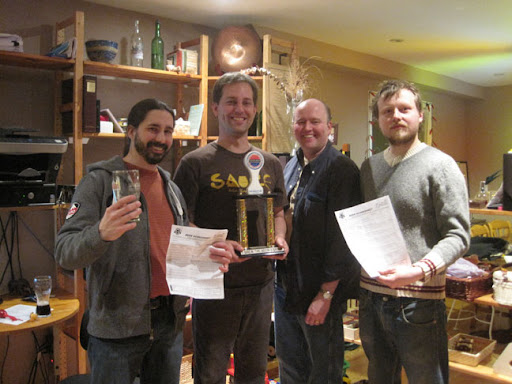 The trophy was given out yesterday, at a small gathering at Jeremy’s home last night, where he laid out a spread of pulled pork and brisket, showing us his extraordinary skills on the grill. We all brought our homebrew to share, and I must say, I am humbled to have tasted so many extraordinary brews. It was a fabulous evening. Hopefully now that we have shown his wife how well behaved we can be, she will let Jeremy do this again some time, and we can expand the number of attendees. Although Roger Beal did say something about using the party room in his condo…

Anyhow, a big thanks to Jeremy for hosting the guys last night, and to Roger for organizing and running the contest. Stay tuned, Mr Beal will announce his intentions for the next competition sometime in the next couple of weeks!