More “Alcohol, Fact, Fiction or Fun” For You!

Well, we have established in “Alcohol Fact or Fiction on the Internet; Is the Truth Really Out There?” that wading through the information online can present a challenge when seeking the truth.

We have also established that, sometimes, it just doesn’t matter!

In my time online I am consistently coming across fun and interesting trivia, and wanting to share it with the awesome Drink Guy fans.

If I cannot verify it, does it make it any less interesting to read, or too talk about over coffee, at the water cooler, or maybe at the bar over an after work beer or drink or two?

I’ve concluded it is not for me to decide, but for you!

So thus, share I will and you can debate the merits of…

Funny and interesting trivia about alcohol, fact or fiction?

William Sokolin paid $519,750.00 for a bottle of 1787 vintage wine which supposedly had been owned by Thomas Jefferson, then later 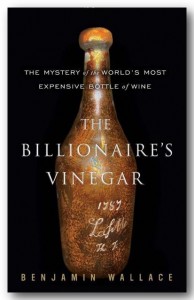 accidentally  knocked it over, breaking it and spilling the precious contents on the floor. (Well, apparently the contents were vinegar by then, and I can’t find any back up for this one!)

In the 1600’s thermometers were filled with brandy instead of mercury.

A raisin dropped into a glass of champagne will repeatedly bounce up and down between the top and the bottom of the glass. (Let me know if you try this one!! Not now, keep reading!!)

President Jimmy Carter’s mother said “I’m a Christian, but that doesn’t mean I’m a long-faced square. I like a little bourbon.”

As Magellan prepared to sail around the world in 1519, he spent more on Sherry than on weapons.

There is a cloud of alcohol in outer space with enough alcohol to make four trillion-trillion drinks. It’s free for the taking. . . but it’s 10,000 light years away from Earth. (Where did it come from?!?)

The Puritans loaded more beer than water onto the Mayflower before they cast off for the New World.

One glass of milk can give a person a .02 blood alcohol concentration (BAC) on a Breathalyzer test. That’s enough in some states for persons under age 21 to lose their drivers license and be fined

So convinced were they that alcohol was the cause of virtually all crime that, on the eve of Prohibition, some towns actually sold their jails.

Early Egyptian writings urged mothers to send their children to school with plenty of bread and beer for their lunch.

A Chinese imperial edict of about 1,116 B.C. asserted that the use of alcohol in moderation was required by heaven. 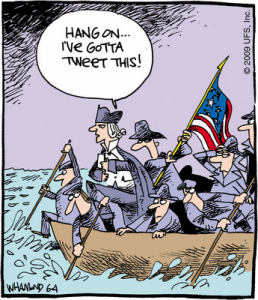 The U.S. has the strictest youth drinking laws in Western civilization.

George Washington, Benjamin Franklin, and Thomas Jefferson all enjoyed brewing or distilling their own alcohol beverages.

The highest price ever paid for distilled spirits at auction was $79,552 for a 50-year-old bottle of Glenfiddich Whiskey in 1992.

“What America needs now is a drink” declared President Franklin D. Roosevelt at the end of Prohibition.

So again, it’s up to you to decide, fact, fiction, or just plain fun! Let me know!!!