Alcohol, Abstaining and Other Attitudes!

Alcohol, Abstaining and Other Attitudes!

Internet Fact or Fiction is back, this time talking about attitudes about abstaining and health.

In our first two segments, “Alcohol Fact or Fiction on the Internet; Is the Truth Really Out There?” and “More “Alcohol, Fact, Fiction or Fun” we established that not everything we find online is easily identified as fact or fiction.

At times, the fun of the information is enough to give it value. On this topic however, I am more interested in what is fact and what is fiction.

That doesn’t make it an easier to find the truth though!

So for all the amazing Drink Guy fans, I want to share with you some trivia and attitudes about all this, and see what you think!

Alcohol, Abstaining and Other Attitudes, Fact or Fiction?

Over half of the hospitals in the largest 65 Metropolitan areas in the U. S. have reported that they offer alcohol beverage service to their patients.

The more educated people are, the more likely they are to drink.

Contrary to a common misconception, alcohol does not destroy brain cells. In fact, the moderate consumption of alcohol is often associated with improved cognitive functioning.

The county in Texas with the highest DWI arrests among young drivers is “dry;” that is, prohibits the sale of alcoholic beverages of any kind.

One or two alcohol drinks a day can be anti-inflammatory. (Of course, always consult your physician for medical advice.)

During the Colonial period,  abstainers had to pay one life insurance company rates 10% higher than that of drinkers. Of course, today we know that abstainers tend not to live as long as moderate drinkers.

Many of the health benefits of alcohol consumption are lost if it is not consumed on a regular basis.

All 13 minerals necessary for human life can be found in alcoholic beverages.

Federal agencies and departments of the U. S. Government actually discourage public knowledge of the health benefits associated with moderate drinking. For example, the National Institutes of Health funded a study that found moderate drinkers to be less likely to suffer heart disease, but refused to allow the Harvard researcher to publish the results because it considered them “socially undesirable.”

Only 30% of adults in the U.S. believe that drinking can form part of a healthy, balanced life. This is in spite of the fact that moderate drinking is associated with better health and greater longevity than is abstention.

The region of the U.S. that consumes the least alcohol (commonly known as the “Bible belt”) is also known by many doctors as “Stroke Alley”.

Research evidence from around the world generally shows that countries with higher alcohol consumption have fewer drinking problems than those countries where consumption is relatively low.

And something to make you really go hmmm…

Adolf Hitler was one of the world’s best known teetotalers or abstainers.

Sir Winston Churchill was one of the world’s best known heavy drinkers. 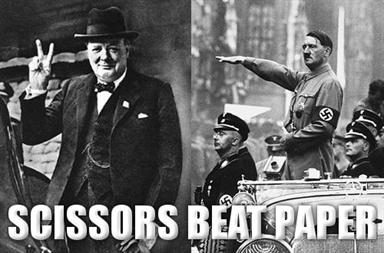 Some interesting food for thought! Let us know what you think, and if you are able to find the answer to “fact or fiction” on any of this!