Suicide And Protecting Our Kids

Suicide, and this article on it, was in the news recently, and has raised a lot of conversations in our social group of parents. What do you think?

“An 8 year-old-boy in Texas tried to commit suicide after his teacher did nothing about the bad bullying he faced every day. The school’s response: have him sign a ‘no suicide’ agreement. Apparently this is standard procedure in this particular school district. Any student who tries to harm him/herself has to sign it. This kid, however, is in second-grade and is dyslexic. Would you ask your child to sign a no-suicide pact?”

and can be a very effective one.

My concern with this pact in general is putting something into their minds that may not be there at all, and perhaps bringing to mind a thought process of  “Do they think I’m going to harm myself?” , and “Why, do they know something I don’t?”

Obviously in this school board, the pact is only brought into play if the child has already attempted to harm themselves, so they have already had the thoughts in their minds. How well this particular young boy understands the reality of suicide is debatable however, so I’m 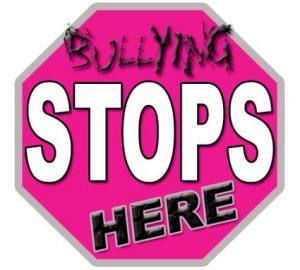 not sure how much value the pact could hold.

Also in this situation, dealing with the primary cause of the problem, the bullying and the teacher ignoring it, is apparently being ignored. Bullying is a huge contributing factor to youth suicide, and needs to be taken very seriously.

So, having a child sign a “no suicide agreement” just as a matter of course is not the route I personally would take. Using a pact as a crisis tool if my child were at risk, that I would consider.

I also have no issue talking to my children about it, and in fact have dealt with two suicide situations recently.

Neither person was known by my children personally, but was connected to our family in other ways, so it opened a door of conversation.

The conversation focused on why people feel that suicide is an option, how it impacts people they leave behind, coping strategies when you are feeling overwhelmed, etc.

I have spoken to some parents who feel a “no suicide” pact is the same as  a “celibacy before marriage” vow, or a “no drunk driving” contract with their children, but I feel these are different.

Suicide is a generally a solitary situation, it is highly unusual for people to be pressured into it.

The pressures of sexual situations and alcohol related situations for teens is a peer issue as well as a personal issue, and for some teens the simple act of creating a “pact” with their parents provides them with a coping tool and gives them the “out” they want in a peer pressure situation.

I hope this helps, and as always I appreciate the questions from the awesome Drink Guy fans! We would love to hear your thoughts, so please comment below!