Well here we are in what I promise you will be a rare post…Lynn posting about drinks, drink recipes, and drink trivia. I am not confused about who on the drink guy team are the experts in these areas, and it is not me! I do however find myself in a strange place, so thus, this post! 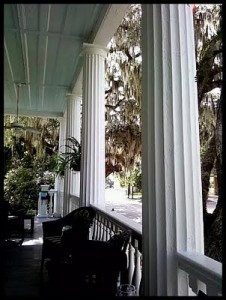 A few minutes ago a question was posed to the drink guy Glenn on our FaceBook fan page of “The Drink Guy”. The question was simple…asking about the recipe for a Gin Rickey. Dale, (who is a friend so I’m hoping he does not mind me using his real name lol!) hails from the beautiful state of Kentucky.

In the question Dale remarks that his Grandmother always said a Gin Rickey was what she liked to drink, but they never had a chance to make one.

This brings me to my strange place…Glenn our drink guy is at the bar tonight, and was unable to answer the question directly. Thus, via text, he gave me the answer to post. I translated (hopefully correctly, all errors are mine!) his answer to Dale on the FaceBook page…and then curiosity got me.

I posed the question on all my social medias, asking if anyone knew of variations on the recipe, and I know Dale is looking for his Grandmothers old recipe too.

Being evermore curious about drinks that bring to my mind a bygone era, southern belles and sweeping white porches of “Gone With the Wind” type vistas, I of course “googled” it.

So in a nutshell, the interesting things (to me anyway!) that I learned…(and of course my disclaimer is that I only checked a couple sources, so not being “The Drink Guy” OR “The BrewMaster” if any of this is incorrect, well…oops! O:-)

A “Gin Rickey” is a variation of a “Lime Rickey”. Sometimes called simply a “Rickey”, the first word is often used to denote the “extra” ingredient. 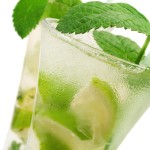 Lime Rickey’s are not always alcoholic drinks, but rather a base drink recipe of lime and carbonated water. Flavored juices can be added for non-alcoholic versions, and other drink recipes include the addition of rum, vodka, bitters, or other simple syrups.

A popular relative of the Rickey is the Mojito, which is made with key lime juice, rum, simple syrup, soda water and muddled mint leaves…and apparently angostura bitters, whatever THAT is lol!!

I do know that our BrewMaster Rob is a big fan of mojitos and has worked tirelessly with a close friend to perfect the recipe…even going so far as to grow their own mint leaves. So I’m hoping he will add his two cents in here on the mojitos!

I also learned that the Rickey is rumored to be named after a Colonel Joseph Kyle Rickey, who was born in 1842 and grew up in Missouri. Apparently though he was a confirmed bourbon man, so who knows if the rumor is true!

I did read however, that in July of 2008 the DC Craft Bartenders Guild held a month long challenge among its members for the best Rickey recipe..the winner being Justin Guthrie, who added black pepper syrup (Sorry but yuck! Lol, just my opinion!) to the traditional recipe that Glenn sent me on text…which is: